Mars Hill Academy: The Answer to The Social Dilemma

What is the mission of MHA?

Mars Hill Academy exists to assist parents in the duty of covenantal training of their children by offering academic instruction from a consistent, integrated, Christian perspective, by equipping our students to learn for themselves using the proven classical method, and by providing them with an orderly and engaging atmosphere conducive to the attainment of our goals.

I was thinking, in regard to that question, I might try to connect our mission to the documentary, The Social Dilemma. In the documentary, which we showed to the high school students as we launched this year’s Worldview Summit, the creators of the documentary explore the problem that social media has created in our culture. They talk about addiction, political polarization, emotional and mental distress, among other things.

But there was one point in the documentary which really stood out. They discussed what they called “the problem beneath all the other problems.” They said that Americans no longer have a shared understanding of truth, and they divided this up into two different questions:

The first question is, Is there truth to be found? And that's the question of the moment, because if there's not, then what's the point of trying to find it? What's the point of rational discussion, civil discourse, or open inquiry? What’s the point of intellectually and thoughtfully engaging with those with whom we disagree? If there's no Truth to find—what Francis Schaeffer called “True Truth”—then what we're left with is power and the use of that power to impose one’s arbitrary, subjective values on others. What’s the result? Manipulation, fear tactics, cancel culture, censorship, de-platforming, all of the things we see today going on all around us.

The second question is, Where do I find the truth? And the documentary had no answers to that question. (That’s okay, because it wasn’t the point of the documentary.) Before we even had the Internet, before we had social media, for all intents and purposes, we were already a post-truth culture. We were already radically pluralistic, with numerous competing worldview truth claims, so there was already a sense in which we couldn’t find the truth with a spotlight. There’s a sense in which Big Tech just intensified that problem.

And that’s really what we’re referring to as The Social Dilemma.

Now it’s at that point that we can talk about the mission of MHA. I believe Mars Hill exists to solve that dilemma.

Take the first question: Is there truth to be found? Absolutely! In every classrooms here our teachers teach each and every day, God is truth, God is Author of absolute order. In this, our mission to create an “integrated” perspective is being accomplished.

In 7th and 8th grade, in Logic class, the point of the entire course is the nature of truth; that truth can be known, and that we can find it. We talk about truth being that which corresponds to reality, to facts. So the truth is not to be confused with our feelings. Facts and feelings are very different things. We talk about the fact that you can believe something that's false. You can disbelieve something that’s true. So the goal is to get in contact with that which corresponds to reality, with the facts.

That sets us up to answer the second question: Where is truth to be found?  And it’s here that we at Mars Hill confess with the historic Christian Church that truth is found in Jesus Christ alone. That He's the ultimate Source and ultimate Authority. He is the light of the world, and as C.S. Lewis said, he believed in Christianity like he believed in the sun, not only because he saw it, but because by it, he saw everything else.

Here at Mars Hill we let the light of Christ shine on every aspect of our study: math, science, history, the arts, literature, you name it. We apply the Christian worldview as a system of thought to every aspect of our lives. We reject the modern idea that Christianity is a private, devotional pursuit which ultimately has nothing to say in the public square. It is a comprehensive worldview that affects every aspect of our lives. As Abraham Kuyper said, “No single piece of our mental world is to be hermetically sealed off from the rest, and there is not a square inch in the whole domain of our human existence over which Christ, who is Sovereign over all, does not cry: ‘Mine!’“

And that is an important point as well, that, the truth is there to transform us. Not merely to be believed by us; but to transform us. It’s there to be lived out. And we at Mars Hill are concerned that our students not only understand with their minds, but that they would embrace with their hearts, the importance of obeying Christ in the totality of their lives. Whether they are engineers, doctors, or homemakers. We are to submit to Christ’s lordship in every aspect of our lives. And then we’re to go out into this culture and impact our culture with the light of the gospel; to bring the Truth of Christ into that darkness.

And thereby really, and ultimately solve the social dilemma. 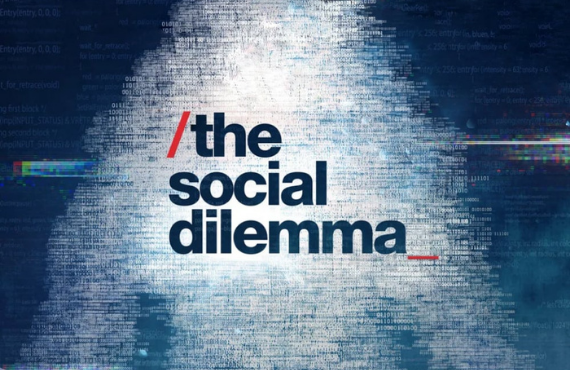