We admit freely that our students work hard and that that’s on purpose. But why? Is it because we enjoy thinking about students slaving away at school all day and then on into the night as well? Or is it because we realize that we’re training them for life and dominion, and that by doing our work excellently for the glory of God, that is what ultimately brings us satisfaction?

Is there room for grace, mercy, laughter, and joy in the midst of our work? Absolutely!

In my experience, there are two primary ways for well-meaning classical Christian schools to veer off course over time, to turn from their missions in various and sundry ways. Schools can lose sight of their visions, veer to the left, and become candy-coated, baptized versions of the secular schools they broke from 30 years ago. That’s one way. Schools also can veer off course in the other direction, becoming institutions that strangle their students in a reactionary-conservative kind of way.

Job Number One for me as headmaster is to ensure that Mars Hill stays the true course and avoids ditches on both sides of the road.

“I have seen everything in my days of vanity: There is a just man who perishes in his righteousness, and there is a wicked man who prolongs life in his wickedness. Do not be overly righteous, nor be overly wise: Why should you destroy yourself?” Eccl. 7:15-16

As to saints, it will engage them to proceed and persevere in their righteousness, and yet will be an admonition to them to take heed of running into extremes: A just man may perish in his righteousness, but let him not, by his own imprudence and rash zeal, pull trouble upon his own head, and then reflect upon Providence as dealing harshly with him. "Be not righteous overmuch, v. 16. In the acts of righteousness govern yourself by wisdom and prudence, and be careful to steer clear of any intemperate heats or passions, or any practices unbecoming your character or dangerous to your interests. Note, There may be over-doing in well-doing. Self-denial and mortification of the flesh are good; but if we injure our health by them, and make ourselves unfit for the service of God, we are righteous overmuch. To reprove those that offend is good, but to cast our pearls before pigs, who will then turn and tear us to pieces, is to be righteous overmuch. “Make not thyself over-wise. Don’t be opinionated or conceited. Don’t set yourself up as a dictator, or pretend to give judgments on everything around you. Don’t be a critic, finding fault with everything that’s said and done, nor busy yourself in other people’s affairs, as if you know everything.”

We might call this kind of righteousness faux-righteousness, a righteousness which likes to posture, and which, possibly, has wrecked many schools in the conservative direction.

Keep in mind that mission-drift is not always in the liberal, or broad, latitudinarian sense. You can wreck your school by having dress-code Nazis in the hallway, and people who enforce your rules and your standards in such a way as to make your students hate them. This, I think, is the tendency that gives me the most pause, because it is the charge I have heard from families most often over the years. (Not at Mars Hill, but at other schools where I’ve worked.) Whether I agree that the charge is an accurate description of what goes on around me is not the point. The point is that it is the perception of some families, and that hurts.

Let me be clear that I am not dismissing rules or high standards, which are part of the “glory” of what we’re all about. My point is that we not leave out the center of all glory, which is the love of God manifested. Love God, and love your neighbor. This includes the gangly kid with “B.O.” sitting in the front row.

In the Old Testament law, particularly in Ex. 23:19; 34:26; and Deut. 14:21, we find the prohibition against boiling a kid in its mother’s milk. I’m not exactly sure what the broader theological point behind this prohibition means, but I think it means that we should not take that which is supposed to be life-giving—that which is supposed to be nourishment for our bodies and our souls—and use it as an instrument of death. (If you disagree, let’s grab coffee sometime.)

Many “tight” schools, aka “high-standards” schools, may be drifting away from their missions by drifting away from the biblical center, by metaphorically boiling the students in mother’s milk. Training and instruction, the nurture and admonition of the Lord, is supposed to be their life, their mother’s milk, their sustenance. It should be the happiest thing in which they come into contact. Our covenant children should be glad to come into our school and want what it is we have to offer them. They should not have to be forced and cajoled into wanting a covenant education, which ought to be their life-sustaining milk. Children are born wanting milk (likewise, most of them are born naturally curious), and they should want what we have, unless we make the mistake of pouring the milk in a pot and turning up the heat on them. Our schools should not only be as efficient as machines; they should also be fruitful as trees. (To be fair, some children just hate milk and fruit no matter how good it tastes or how nutritious it is.)

I think our overriding consideration when we examine Mars Hill—from as unbiased a position as we can—is why we do what we do. Do we require the students to walk quietly in the hallways because we can’t stand the sight of children enjoying one another’s company? Or because we’re all on different schedules, classes are going on around us all the time, and we want the students to consider others more highly than they consider themselves? If the former, then we have a problem. If the latter, what’s the argument against it?

When we enforce our dress code, do we do so because we can’t stand individuality? Or is it because we realize that, biblically, clothes matter and we would prefer that their individuality be expressed in other, more appropriate settings?

On the other hand, if a child comes to school repeatedly with the same infraction, or if the parents send him to school knowing that blue jeans aren’t allowed, for example, but they just don’t think that should be an issue, then we have a problem of a different sort, and we have to deal with that on a different level.

Grace, Mercy, Laughter, and Joy in the Midst of Work

Years ago, there was a sophomore in my school named Robert Merkert. One day, his literature teacher came into my office holding a black box in his hand. I asked him what he had there.

“It’s a fart machine,” he said, demonstrating the apparatus with its remote control. I asked him to proceed, since I knew there was a good story coming.

He told me how this box had been “sounding off” under one of his student’s seats all period while the class did their best to be discreet and ignore the disruption.

Finally, when the student’s “distress” could be ignored no longer, the teacher was able to determine that the fart machine had been taped to the bottom of this boy’s seat by Robert Merkert—generally a good boy and diligent student—who was setting it off during class using the remote control. We both had a guilty chuckle (should we laugh at something like this?), then I took the machine and sent the teacher back to class asking Robert to be sent to me.

When Robert arrived, I could tell he knew he was in trouble. I asked him the basic questions: Is this yours? Did you tape it under Johnny’s seat? Were you setting it off during class? He answered “Yes, sir” to all the above, never making excuses for himself, accepting full responsibility for his actions, confessing his “crimes” straight up the middle. (Just like a young man should.)

Because of his contrition, willingness to admit his culpability, and—let’s face it—the unavoidable humor of the situation, I said, “Robert, I only have one thing to say to you. May I borrow that?”

The blood visibly returned to Robert’s face as he realized that I was not going to throw the book at him, but that I wanted to share the prank with my own family that evening. (Which I did. I can’t remember the last time I laughed so hard, before or since!) I sent Robert back to class with a warning not to disrupt class again with such antics.

The following morning, Robert’s mother came to see me with a gift box in her hand. She said that the night before last, Robert asked his parents if he could bring the fart machine to school to play a prank on his classmates. Mrs. Merkert said that they warned Robert what would happen if he were caught—a probable suspension from school. (She was not far off the mark.) He said he was willing to take the consequences, so the parents allowed him to hoist himself on his own petard.

Mrs. Merkert was so delighted with the way I handled her son that she had gone to Nordstrom’s and bought me my own, personal fart machine. (Who knew they sold that kind of thing at Nordstrom’s?!)

Robert had learned his lesson to be sure, but I didn’t boil him in the school’s rules along the way. And we all had a good laugh in the end.

Message delivered, and a splendid time was guaranteed to all.

I’ve visited many classical Christian schools around the country over the years, and I’ve seen first-hand how “tight,” “high-standard,” “conservative” schools can kill their students’ love of the education that is supposed to nourish them by turning up the heat so high that joy is all but strangled.

It’s funny, but when I first came to interview at Mars Hill, I went home to Texas, and my wife asked me what the school was like. You know how I described it to her? I said, “This school is tight. They’ve got really high standards, and they stick to them. And they’re biblically conservative.” All good things in my estimation.

I think it’s possible to be “tight” without boiling our students: If we have a clear vision of what it is we want to do, we have a clear understanding of why we want to do it, and we’re united or likeminded in our desire to work hard to get there, this will be a “tight” school. 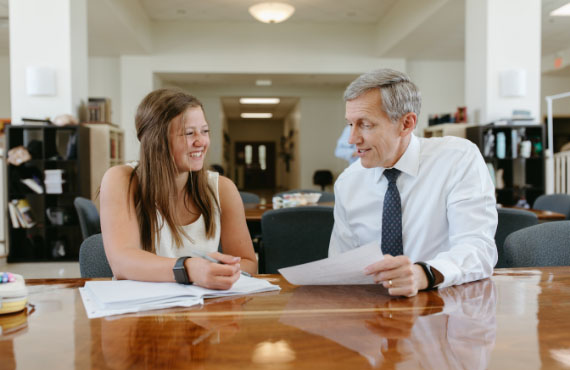