One of the most commonly asked questions by those new to classical, Christian education is, "Why logic?"

Logic is concerned with forms of reasoning. Since reasoning is involved in most intellectual activities, logic is relevant to a broad range of pursuits, but it is particularly relevant in math and science. I believe that the study of logic is essential for students of science and mathematics and those who make use of mathematical and scientific proofs. In the process of reasoning one makes inferences. In an inference one uses a collection of statements, the premises, in order to justify another statement, the conclusion. The most reliable types of inferences are deductive inferences, in which the conclusion must be true if the premises are. Recall our studies of geometry: Assuming that the postulates are true, we prove that other statements, such as the Pythagorean Theorem, must also be true. Geometric proofs, and other mathematical proofs, typically use many deductive inferences, and therefore, are heavily reliant upon the skills of a logician.

For example, the idea of a general purpose computer, the Turing Machine, was invented in the course of research in logic. Computer programs are written in special, symbolic languages, e.g., Fortran and others. They include the logical and mathematical analysis of programs. With such analyses, one can prove the accuracy of procedures and estimate the number of procedures required to execute a particular program. Logic is used in this kind of scientific work, and it is also incorporated into programs that help construct proofs of such results. Logic also has a role in the design of new programming languages and artificial intelligence. Logic is also used by engineers in circuit design.

Mathematicians reason about abstract concepts: continuous functions and algebraic systems, for example. Most math students learn to write proofs about such things by following examples in their classes. This is part of learning math, but it is slow, and often leads to confusion. Math majors who study logic find it tremendously useful in teaching them to think mathematically. It helps them to avoid confusion, and it is very useful in constructing clear, convincing proofs. The study of logic is essential to understanding the foundation of mathematics, which is mostly concerned with the nature of mathematical truth and with justifying proofs about mathematical objects, such as infinite sets, complex numbers, and integers. Math majors who take logic courses, generally speaking, almost always report that it is immensely helpful to them in their studies.

As a result, at Mars Hill Academy, rather than taking a step back in our science education by including a course in Logic, we strongly believe we are giving our students a leg up and propelling them forward by leaps and bounds in their studies of math and science. 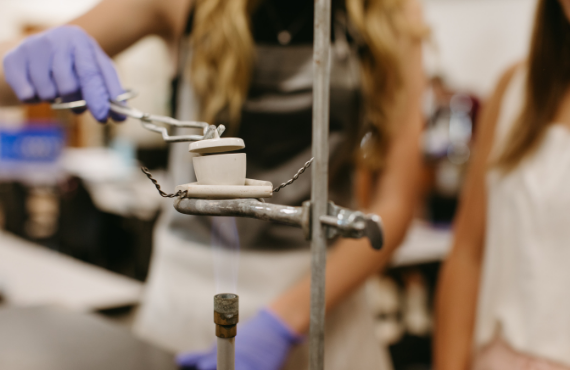