Imagine some time in the future, and our astronauts find another planet, exactly on the opposite side of the sun from earth. They travel there and find that it looks exactly like earth in all respects: continents and oceans are the same, countries are the same, people all look the same. From outward appearance, there’s no difference between this earth and that one.

Our astronauts land on this new planet and make their way into the downtown area of a small Midwestern town, and there, in the middle of the town, they find something rather interesting. Outside the local movie theater is a crowd that’s eagerly anticipating the opening of tonight’s show. The crowd is so buzzing with excitement that the astronauts decide to get in line to see what all the hubbub’s about. There’s no indication on the marquee what’s playing, and one unfortunate difference about this other world is that they speak a foreign language, so the astronauts are unable to determine what’s going on inside the theater.

As opening time approaches, the crowd’s enthusiasm swells in anticipation, and the entire throng begins to push toward the door, so much so that the astronauts are pressed in on all sides. The doors finally open, and the crowd presses forward to get in to the theater and find the best seats as quickly as possible. But still the astronauts have no idea what it is they hope to see.

Once everyone finds their seats, the excitement inside the theater fills the air, the whole place simply abuzz with anticipation.

And then…the house lights begin to dim. The crowd erupts with thunderous applause and cat calls. As the light inside the theater reaches almost total darkness, a single spotlight shines on the center of the red velvet curtain, and the audience erupts with even greater shrieks of cheering and clapping and whistling.

The curtain begins to rise, slowly, very slowly. And what we see under the gold brocade frill of the curtain are…the legs of a bar stool, clearly visible as the spotlight continues to shine on center stage.

Our earth visitors are amazed as the roar of the crowd continues to build as the curtain rises over the middle of the bar stool. Despite their scientific and military training, even the astronauts find themselves caught up in the commotion and begin cheering wildly.

The cheering and frenzy of the crowd reaches its climax. Women are crying and shrieking as though it were the Beatles on the Ed Sullivan show all over again. Men are throwing their hats in the air and waving their handkerchiefs wildly about. Ushers are called forward to take away a few in the audience who’ve fainted.

And then, almost as quickly as it had begun, the curtain lowers, the spotlight goes out, the house lights rise, and the audience composes itself, begins to disperse, and exits the theater into the warm night air, the evening’s entertainment having come to its end. The astronauts leave the theater as well, trying to make sense of what they’ve just seen: A crowd of people going absolutely bonkers over a raw piece of meat.

Now, I like lamb chops just as much as the next guy. But I like to eat them medium rare, not to be entertained by them raw.

What our astronauts quickly realize is, despite this new world’s apparent similarity to our own, there are real differences below the surface. In this new world, people seem to have an unnatural affection for raw meat of the lamb variety. There’s nothing inherently wrong with liking lamb. In fact, if it’s prepared well, you may even find me saying after a few savory bites, “Mmmm…I love this lamb!” But you’ll never find me standing in front of the meat section of Kroger, cheering wildly as the butcher lays out cellophane-wrapped packages of breast of veal.

OK, so what does any of this have to do with school and the semester before us?

We teachers are going to lay before our students all sorts of marvelous things to consider, ponder, and wrestle over. And we certainly want them to love it, but we should want them to love it in a way that is in keeping with that thing’s place in the created order.

I don’t imagine that there are many students at Mars Hill who love math tests. There are many who like math, who have a predisposition toward math, and who may even go on to major in engineering, computer sciences, or other math-heavy fields of inquiry. But even they probably won’t go so far as to say that they love math tests.

There are those students who don’t like being the center of attention. They don’t prefer to have all eyes upon them in class; they don’t relish the idea of solos in the Christmas concert, and so forth. However, when it comes time to give a speech, engage in a class discussion, or explain a math problem to the class as a whole, they’re more than willing to step up to the plate and take on the challenge.

School rules against gossip, lying, cheating, disrespect, and so forth. Frankly, I don’t like rules. I wish we didn’t need them. But when we adhere to biblical standards of speaking kindly and truthfully toward and about one another, what law is there against such, and what fruits of peace do we reap as a result? I don’t want anyone to love the rules necessarily. But I do want us all to love the standard of edifying speech.

Uniforms and school dress codes. I don’t imagine that there’s any girl in Mars Hill who loves her skirt, her white oxford shirt, or her knee socks. I don’t have a particularly great affection for the tie I’m wearing, either, so I know how they feel. However, what I hope our students come to love is the standard of a professionally dressed student body; the standard of modesty that underlies our efforts not to bring attention to ourselves; the standard of not having to worry about whether we’re keeping up with the latest fashions so we can be tragically hip and terminally cool.

Grading standards, tests, quizzes, and papers. Frankly, I’d love to run a school that didn’t have any of these — a school in which everyone came just to get knowledge and wisdom, not grades and report cards. However, until that day comes, we all inherently want to know…How’d I do?  Since God hates differing weights and measures—and to ensure that we’re being evaluated according to the same measures—tests, quizzes, and grades become necessary. And since we are called to do all things to the glory of God who made us, we want to ensure that those standards are high. Achievable, but high. So, I don’t expect any of our students to love tests and papers. But I hope they grow to love the standard of excellence for which we are striving, to which we’ve been called.

I don’t know of anyone who would argue with the idea of high, biblical standards. However, since we’re fallen, the application of those standards sometimes becomes a sticking point. If you find that’s the case, talk to your teacher, talk to me, talk to Mr. Waldy. Talk to those whose job it is to maintain the standards.

I’m looking forward to a wonderful remainder of the school year. I’m certain we can rally around this idea of loving the standard, even though we may not always understand the exact application of that standard. I anticipate a successful and enjoyable semester ahead of us, one in which God is honored among us, and His kingdom is advanced in our small portion of His great vineyard. 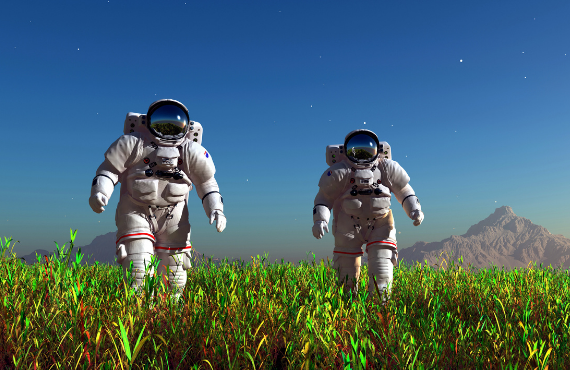