The Pen is Mightier than the Keyboard

There are many good reasons to own and use a computer. Apparently, using one to take notes is not one of them – at least if you want to maximize learning, according to National Public Radio’s James Doubek. There are two key lessons here for students and parents in classical and Christian schools.

First, for those with some of their education still left in the windshield, grabbing a mechanical pencil and Moleskin may be the clearest path to strong retentive learning, especially when something more than brute fact is involved. Put the laptop away until you need to type a paper or do research. Take a notebook to class. My own alma mater equips all incoming students with a state-of-the-art HP notebook computer (paid for over eight semesters, by the way!). Perhaps their students would be better off with a stack of #2s and a dozen notebooks, at least if long-term retention of ideas is the goal.

Second, we live in an age of technological Messianism. Jobs, Gates, Zuckerberg – and their millions of imitators – tell us how technology will make our lives better. Richer. More connected. We’ll be smarter, happier, and more successful. Technological prophets promise the moon but deliver far less. We’ve convinced ourselves these tools help us learn better, and, in a few specific instances, they might. Looking at a 3-D color cutaway of the cell instead of that grainy two-dimensional pencil drawing in a textbook may indeed be a step-improvement worth pursuing.

But it appears that, at least in some areas, the tried and true technologies of our fathers – and let’s not forget pens, pencils and papers are technologies – may be best.

I recall one strong MHA student – a brilliant and curious young man who did his Grade 6 book reports on Homer’s Odyssey – was an early adopter of Mac laptops. He loved them. Then he got an iPod and an adapter for his car. He was so cool. Fast-forward several years, and we find him leading his entire college campus in a “fast” from technology to bring sanity to their campus. Now, he’s rarely engaging electronic technology except as it bears on his work directly. He would say that early attraction to technology was largely about being cool not about being educated. Now he knows the difference.

There are plenty of good reasons to own and use a computer. A wise man (or student) knows what they are… and aren’t. 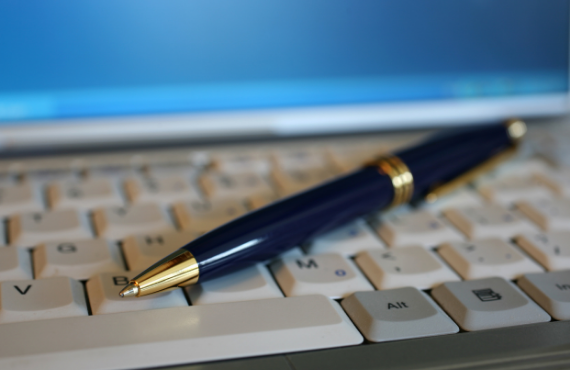