John Gatto was awarded New York State Teacher of the Year in both 1990 and 1991. Gatto was featured in the 2011 documentary film, IndoctriNation: Public Schools and the Decline of Christianity in America, and he also worked on a three-part documentary about compulsory schooling, entitled The Fourth Purpose.

In his revealing book, Dumbing Us Down, Gatto said this: “The first lesson I teach is confusion. I teach everything out of context. I teach the un-relating of everything. I teach disconnections. I teach too much: the orbiting of planets, the law of large numbers, slavery, adjectives, dance, surprise guests, pull-out programs, standardized tests. What do any of these things have to do with each other?” A rather surprising assessment of what he did all day, considering that he was teacher of the year.

The point Gatto was making was that the curriculum he taught was not held together by any unifying principle.

Over the years, school curricula have evolved. One generation decides it doesn’t like Puritan literature, so out goes the poetry of Anne Bradstreet, Puritan captivity narratives, and the Mayflower Compact. Another generation decides education needs to be more practical, and so in come classes in PowerPoint and Excel. Another generation sees the writing on the wall and introduces classes in marine science, videography, and health science careers. Over time, there’s a lot of variety to this course of study. There’s just not a lot holding it all together.

On my bookshelf is a book entitled The Shopping Mall High School. As you might imagine from the title, the authors discuss what happens (and what has happened) to American high schools when we approach education much the same way we approach a trip to the mall: looking only for what appeals to us, stopping to examine this, passing by that, and purchasing the other, which we will likely discard next year when that style is no longer in fashion.

American high schools have become like shopping malls. Students are attracted to them because their course offerings are full of what interests students now. In the short run, the students are determining what they want to study based on their current interests. Students demand variety in learning, and schools fall in line, offering a wide array of appealing course offerings. The downside, however, is that there’s no intellectual or philosophical “glue” holding all of this attractive and varied subject matter together.

To address the reason why this state of affairs has happened, let me ask you a question: Has anyone ever met a fourteen-year-old who has a really good idea of what’s good for him in the long run? Are there fifteen-year-olds who think carefully and critically about what will be important to them in 10 or 20 years from now and how that should inform their decisions today? If you know them, please introduce me.

The result of this “shopping mall” or “smorgasbord” effect on learning is that the curriculum is being shaped by the preferences of the “customers.” However, for the last 3,000 years of Western Civilization, up until very recently, every educator knew that the purpose of education was to shape the student, not to be shaped by him. The purpose of education has always been to shape the heart, soul, and mind of the student so that he is fit for life. Education’s purpose was to train the student’s heart to love the right things, hate the wrong things, and to be able to tell the difference. As John Ruskin* said, “The entire object of a true education is to make people not merely do the right things, but to enjoy them; not merely industrious, but to love industry; not merely just, but to hunger and thirst after justice.”

By pursuing the “shopping mall” curriculum, in which students get to choose from a wide variety of disconnected subjects, the “big job” of education has become an attempt to entice and graduate the entire adolescent population and ensure that most are somehow the better for it. A monumental, exhausting, and highly unlikely task. Rather than being places where students come to be shaped and fit for life as godly citizens, high schools instead offer accommodations to maximize holding power on students and increase graduation percentages and customer satisfaction.

While the curriculum in such an institution may look incredibly “diverse,” what has actually happened is an incredible level of fragmentation. No other institution in the country has the task of serving such a view of “diversity” at the same time and in the same place. It’s almost impossible to think that any one institution can.

A further result of this trend is that this fragmentation and attempt toward accommodation produces a neutral environment where a “do-your-own-thing” attitude prevails. Yet one thing that schools cannot be neutral about is diversity itself. Modern American high schools rarely take a stand on what is educationally or morally important or necessary to learn. Pluralism and Tolerance are celebrated as the supreme institutional virtues, and tolerating diversity is the moral glue that holds these schools together. The net result is that tolerance precludes the schools’ celebrating the more focused notions of what education is supposed to be about in the first place: shaping our characters so that we more closely reflect the Imago Dei. In these schools, “community” has come to mean deep-seated differences merely learning to coexist under the surface, rather than people working together toward a common telos or end.

In my thirty-plus years in education, it is not uncommon for me to encounter fourteen-year-olds who want that kind of education, because let’s face it; it’s enticing. But is it good for them?

As you might expect, we at Mars Hill Academy work against this narrow view of the nature of education every day. (Everything else about Mars Hill is countercultural, so why should this be any different?)

Rather than approaching education by asking teenagers, “What do you want to study today?”, we begin by saying, “Here’s the greatest that Mankind has said or written or produced in the last 3,000 years of human civilization. Let’s get to work!”

You see, when you begin by asserting that the purpose of education is to fit the student for life (NOT to be fit by the student for his whims), you will assemble a course of study around a unifying principle. In the case of Mars Hill, a classical and Christ-centered curriculum. That is necessarily limiting in its scope. When you ask the question, “What’s the best?” you’ve necessarily taken a great deal off the table.

The result of this approach to education is an apparent limited array of course offerings. Parents occasionally ask me, “Why don’t we have more electives?” To be frank, I’m working on that. I think there are other electives we can offer that serve the overall purpose of providing a Christ-centered and classical curriculum. A Mock Trial or Debate Team, a Science Olympiad Team, Yearbook, a Finance and Investing club, just to mention a few. These are all options I’ve been discussing with teachers and parents, seeking how we can expand our elective course offerings. I’ve also been thinking about expanding our Summer Camp offerings as well.

But beneath and over all these considerations will always be the overarching idea of what fits within a classical and Christ-centered curriculum, not What do the kids want? And that is a limiting, rather than expanding, view of education.

In short, the answer to the question, “Why doesn’t MHA offer lots of variety in the curriculum?” is a simple one.

It’s by design. It’s on purpose.

We do not want to go the way of the modern American “Smorgasbord” High School and water-down our curriculum so that nothing, ultimately, holds it all together. We will always offer a smaller selection of course offerings, because we believe the goal of education is to shape our students, not to be shaped by them. We believe the goal of education is to reflect the virtues of Truth, Goodness, and Beauty, and by their nature, those virtues limit what will be studied to the highest and the best.

And that’s a good thing. 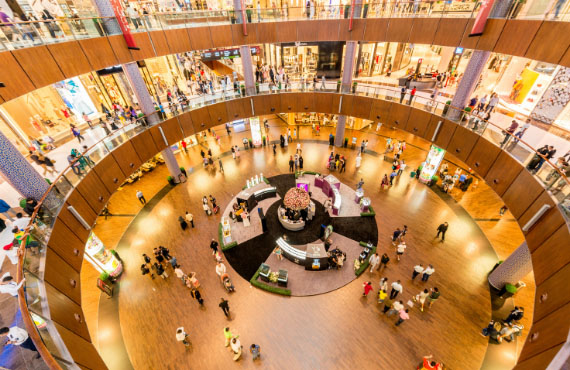