Undecided Majors: The Only Honest Freshmen on Campus

That’s not true, of course, but it got your attention, didn’t it? Most students have a better idea by January of their senior year what they want to study – and what they don’t. An MHA education should topple the “walls” which exist between areas of knowledge. A liberal education – sufficiently grounded in language and number – equips one to do whatever God calls him or her to do. Specialization betrays a compartmentalized view of God and His creation – even those with some influence in the secular academy and workplace are recognizing the need for broadly trained and skilled men and women. There will always be jobs for technicians (and techies come in Engineering and English departments…), but human flourishing demands that we not merely prepare our students for jobs and careers but for lives.

Is it so surprising that your 18 year-old sons and daughters don’t know what they want to do with their lives or even what to major in? Instead of forcing a major or career prematurely, steer them to study what is exciting to them. Further, encourage them to ask around and find out who the best profs are – irrespective of the discipline. Have them explore new areas of learning and intellectual discipleship (because that’s what’s happening!).

While I was in graduate school, my wife, Lynnae, and I lived in the basement apartment of a well-to-do couple in coastal Massachusetts. (We would walk to the Atlantic every evening, hand-in-hand, but that’s another story…) The couple had both been married previously before and had found each other late in life. The husband was the longtime Dean of Harvard Medical School and still practiced medicine well into his 80s. One day while I was cleaning his home, I noticed the shelves of books with words on the spine that most couldn’t make out. Turns out, he had studied “Classics” as an undergrad prior to WWII at Harvard. “Barely made it out with a C average,” he would tease me. The good doctor had forgotten more Greek and Latin than I knew, but he trained to be primary care physician at Harvard Medical School and had a famed career caring for the indigent mothers and children in Boston. A Classics major, mind you. Of course, this would come as no surprise to his generation whose education was far more broad – and prepared them for anything and everything, including knowing virtually every variety of bird and tree in New England!

There’s nothing wrong with knowing what you want early in life and making prayerful plans to achieve it. But, as the Tolkien maxim goes, “not all those who wander are lost." Colleges have a vested interest in getting kids to declare a major early, but this isn’t always best for the student. Some majors require this declaration right up front but most do not. Don’t be afraid to wait with your son or daughter and help them discover what the LORD might be calling them to do! 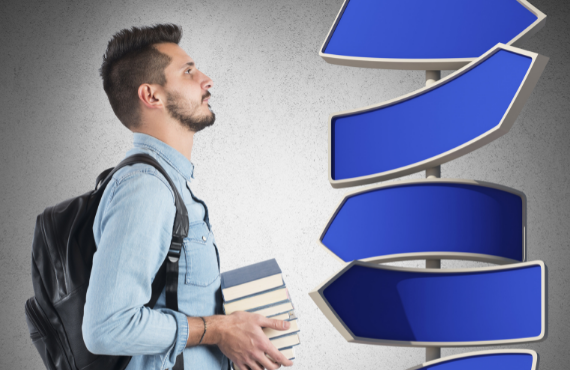