In the summer of 2000, I attended the ACCS Conference in Washington, D.C. for the first time. I arrived that third week in June and immersed myself in the conference with great enthusiasm. Between sessions I made the mistake of getting in line at Starbucks.

A certain woman also in line saw my nametag, mentioned that she was an educator, and asked me what classical education was all about. I did my best to explain the Trivium to her using my 17-second “elevator speech.” But before I could get very far, her temples began to swell, and she launched into a harangue on skills.

I’ve finally come to a conclusion…she was right. A classical Christian education has left our students totally, irrevocably useless!

The cynics of classical Christian education

One of the most common arguments against classical Christian education, or an education in the liberal arts, is the one already articulated by my coffee klatch gal. No skills.

In order to make it in this world, most think that being taught to do some useful task is the primary function of a proper education. In order to be able to make a buck and help raise the children of the village, you need skills. You need to be able to type 60 words per minute, balance a checkbook, and repair a small engine. Education should equip students to do this sort of thing, the critics argue, so that they don’t become dependant, so that they may be skillful in some thing.

Another criticism of a liberal arts education is that, while exploring the depths of Dante’s Inferno may be enjoyable, there are certainly more important things we need to be about. We’re engaged in a global pandemic, and our environment is being ravaged. Shouldn’t we be learning how to “bend the curve”? Shouldn’t we be learning to recycle in order to protect our environment? Isn’t this a little like Nero fiddling while Rome burns? Surely there are more important things to do than read poetry.

You see the connection? Nero was then, as we are now, frittering our time away while the world goes to hell in a hand basket, and all we can do is read Ivanhoe!

A third criticism of a liberal arts education is concerned with the future. Progressive educators believe that there are no limits to human progress, so the proper sphere of human study is mankind’s future, not his past. Progressivism believes that, while there may be some limit to what man might accomplish in his pursuit of “the good life,” there is no limit that we can see and define in advance. The past is only a recollection of the mistakes and tragedies of mankind, so why bother studying it?

Their point is clear: The past is dead. The future’s so bright I gotta wear shades! Any human endeavor concerned with the past is a waste of time. As Fleetwood Mac said, “Don’t stop thinking about tomorrow.”

Pride in the hearts of the classically educated is another concern of our critics. They see us as puffed up with knowledge. Our students talk at the lunch table about the philosophical arguments of Nietzsche; we recognize a leitmotif on the radio, we’ve read Augustine, and maybe even read a bit of him in Latin! When we read the newspaper, we recognize the zeitgeist on the Op-Ed page, and Mr. Stapleton even taught us to recognize the word zeitgeist!

The masses don’t concern themselves with these things. They’re too concerned with performing a task and making a buck. That’s real life! So it follows that we must think that we’ve found the secret knowledge and that our education has set us above the rest.

The beauty of classical Christian education

The writer of Proverbs tells us to “go the ant.” What do we see when we get there? The ant is always doing something. It’s always busy doing.

Doing things is that with which animals concern themselves. A bluebird may make a beautiful nest, but next spring it will build one exactly the same. It never thinks about adding an addition, or using cobwebs this year, just…for a little flair! Beasts are purely concerned with skill, with doing things.

But not so men. Men discuss mathematical theorems while they climb mountains; they engage in theological arguments from their prison cells; and they discuss poetry while breaking rocks at Auschwitz. To deny this impulse is to deny what it means to be created in the image of God. Those who rant in favor of skills are really pressing us ever closer to our baser instincts. At best they want us to be like Jane Goodall, living with the apes. At worst they want us to be the apes! To be only concerned with a skill is, in fact, to be like the animals.

John Dewey, the father of modern education, said that the purpose of education was studying occupations, selecting vocations, and showing students the various ways of earning a living. The ancients taught their slaves to do a task or to make a thing. They taught their free men how to think and what’s worth thinking about. Frederick Douglass said, “Knowledge unfits a child to be a slave.”

However, the current state of affairs in regard to our relations with Radical Islam or China is nothing new. All September 11th and the global pandemic did was heighten our awareness of the eternal struggle of the City of God with the City of Man so that we could no longer ignore it.

Appealing reasons have always existed for putting off merely cultural activities. But if we understand anything as we study human nature, true humanity wants goodness, truth, and beauty now, even as we realize that the perfect time is still a long way off.

We also need a knowledge of the past. The great achievements of mankind make up the grist for our students’ mental mills. We realize that, by studying history, we remind ourselves that basic assumptions have been quite different in different epochs. That much which seems certain to the masses today is merely temporary faddishness, accepted as gospel, then thrown out with tomorrow’s trash.

Next comes the issue of pride. Here our critics far too often have us dead to rights. The scriptures clearly say, “Knowledge puffs up.”

The danger for those educated in the liberal arts is to delight not in the application of the wisdom it brings, but in the fact that we are now wise. Every new book read or new idea considered in the student’s life increases this danger.

Instead of puffing up with pride, the classical Christian student should be humble. If our graduates have an ounce of pride in their accomplishments, they have learned nothing at all. Perhaps here we can find a real use for a liberal arts education: teaching us how little we really know. A liberal education inculcates at least one virtue: humility.

Finally, we come to the topic of the necessary usefulness of the education we provide our students. Surely, by now, we can think of all the wonderful ways in which a classical Christian education is useful.

However, I don’t think we should. To do so is to give in to the argument I encountered at Starbucks by trying to find some economic or professional use for the liberal arts. Rather than defend a classical Christian education on the grounds of utility, I think it’s high time we celebrated our uselessness. In this day and age when all sorts of behaviors and fetishes are celebrated openly, why should we be the ones cowering in the corner?

After all, does God need anything? Did God create purely because He needed a universe to govern? Wouldn’t a biblical theology argue that God needed nothing and yet created all things anyway? Even after He created all things, did God need to create beautiful sunsets, and creatures of innumerable varieties? Wouldn’t the same gray sunset day after day have sufficed just as well as the infinite variety of reds, golds, and everything in between? My point is this: God created a beautiful world not because He needed the variety, but because He loved beauty. And as creatures made in the imago dei, we too are to create in a fashion after Him. As we imitate Him, we play Haydn sonatas and collect bugs and ask others to do these things with us. A liberal arts education is useless in the same way that my perennial garden is useless; useless in the way cardamom is useless; useless in the way that a crisp backhand in tennis is useless; useless in the same way that most of what makes life rich and worth living is useless.

Obviously, the time will come for you to do something: get a job, establish a home, raise children, or make widgets. But first our students must become wise, and that is the goal of a classical Christian education. Wise men and women know how to tell not only right from wrong, they also know how to tell right from almost right. And those are the kind of people who ultimately learn how to do something well and do it to the glory of God.

We must celebrate the fact that our education is deliberately not designed to provide our students with some technological wizardry. We must rejoice in the thought that our years spent at Mars Hill did not have as their end the goal of teaching us to do something. And above all, we shouldn’t be afraid to say, “That’s right, honey! I graduated from Mars Hill Academy, and I can’t do a thing!” 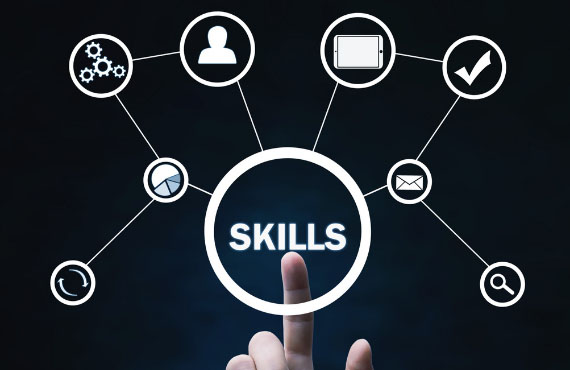