Why Do We Read Hard Books?

Paradise Lost. The first three times that I attempted to read this book on my own, I failed, never making it out of book 2. I was a literature teacher with several years of experience and at the beginning of my happy career at Rockbridge on my third failed attempt.

It’s a hard book. It’s a hard book, and Milton’s classical allusions, Latinate constructions, and theological asides were completely overwhelming to me, so I quit. I remember waiting at Annapolis Honda for my Civic’s oil change, trying to make sense of the thing. I finally abandoned the poem and comforted myself by asserting that “the Emperor has no clothes”: nothing that was this hard to slog through could be worth it.

It is largely my fault that Paradise Lost is in our present 9th grade curriculum; I made my case to Ralph Janikowski and Mike McKenna in 2010, worked to maneuver Pilgrim’s Progress into the 8th grade curriculum to make room for Milton, and then, in the fall of 2011… My class load was reduced, I stopped teaching freshman literature, and I did not have the chance to teach the book for the next seven years. My deepest regret about that? Not having a chance to read Milton’s epic with Rockbridge students again.

Because it was a hard book, and it was worth it.

So let me address the question above: Why do we read hard books?

I freely acknowledge that, for their age and relative maturity, Paradise Lost is the hardest book in our curriculum for the students tasked with reading it… and then writing about it. I also acknowledge that, as I defend it, I am doing so from a place of sympathy: I know that it is hard, since I abandoned it several times myself.

Allow me first to challenge the assumption behind the question: “hard” is not the problem.

One of my favorite lines from A Tale of Two Cities describes Charles Darnay’s condition in London. The child of French aristocrats, he abandons their life and the wealth that came with it, moves to London under an assumed name, and is now making his way as a tutor. Dickens writes, “He had expected labour, and he had found it, and did it, and made the best of it. In this, his prosperity consisted.” As anyone who has read the book would know, the life of Darnay – with its labor, with its lower middle class trappings – is infinitely more rich than that of the aristocrats he left behind, at their ease but succumbing to their “leprosy of unreality.”

And Paradise Lost, I will consistently argue, is good. Hard, but good.

IN FACT, LOOKED AT THE RIGHT WAY, “HARD” IS JUST ANOTHER WAY OF ACKNOWLEDGING THAT THE TASK INVOLVES COST: TIME, EFFORT, THE RESTRUCTURING OF THE MIND TO GRASP WHAT IS GOING ON.

Thus, calling something “hard” is not so strongly negative as it first appears. In fact, looked at the right way, “hard” is just another way of acknowledging that the task involves cost: time, effort, the restructuring of the mind to grasp what is going on.

(An aside: what is the greatest benefit of math for any student? That it restructures the mind to think in a more organized, balanced, direct fashion. The constant query of, “When are we ever going to use this in real life?” thus entirely misses the point. In a very particular way, it does not matter if you ever use the quadratic equation again in your life; what you have gained is an ever-deepening ability to think clearly and appreciate something beautiful.)

Video games, which take us where we want to go anyway, are easy, and they alter the mind just as surely as potato chips alter my waistline. Healthy alteration of the mind is hard – as is the alteration of a pot-belly into abs of steel. The better abs, though, are not just useful for attracting a mate; they are actually a by-product of something that is just better for living: a healthy, fit body.

And struggling through math or Milton – leaning into the labor of it – can help to bring about that which is even more useful: a healthy, fit mind.

But people with abs of steel can be insufferably vain: this is true (I say this as a distinctly pot-bellied man). Is the goal of reading a hard book being able to look good because of my heightened mental acuity, just in time for next fall’s academic season? Of course not; the goal is to be able to get at the Truth, the goodness, the beauty that these works contain.

Greater minds than mine have defended the hard books of our curriculum for the goodness, beauty, and Truth found in them. I will add nothing to that here. I will confess that sometimes the complaint that “these books are too hard” arises because these books confront us with our own feebleness in the presence of something great (I write this as a confession of my own sins), and we have developed a society that tears down that which is great. Instead, we should see that, like a good, hard practice under the hot, August sun, the hard book prepares us for that which is even greater, for understanding and thinking more deeply, for going “further up and further in”.

Because the Bible, too, is a hard book, and we abandon the reading of it at our peril. 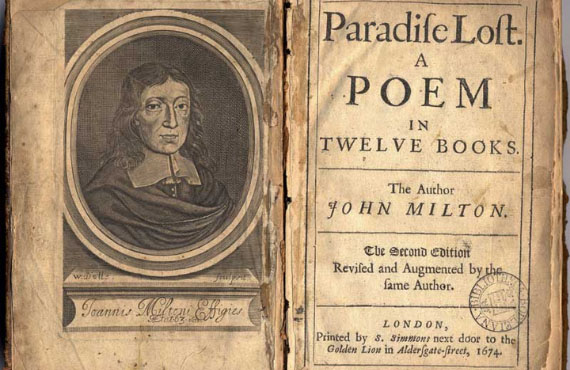